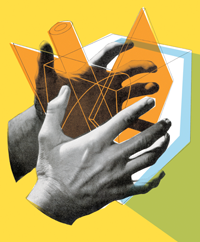 Based in New York City, Sawyer Petrick holds a bachelor’s in media studies with a concentration in screenwriting from The New School. He was able to put his education to work as a writer with Whole Picture Films from 2018 to 2019, where he worked on multiple feature film and web series projects. In addition to consulting on the script of the movie The Speech, Sawyer Petrick contributed to episode one of the series The Look, and he wrote the script for the series’ second episode.

Mr. Petrick additionally has an extensive background in restaurant and bar operations having served as a barback at the Bryant Park Grill and the Union Square Cafe. With the latter establishment, he performed a full range of front-of-house service duties, including serving diners at the bar and handling beverage orders in other areas of the restaurant.

Mr. Petrick holds an EBS certificate from the New York Bartending School, and he gained experience in the administrative side of running a business through an internship with the ARK Restaurant Group. A longtime New York Giants fan, Sawyer Petrick enjoys playing sports such as basketball in his free time.